What is the point of an Egress Window

Let’s say you are living at home with your parents and you are sleeping in the basement. It’s the middle of the night and you are in the deepest part of your sleep. In fact everyone in the house is sound asleep.

A candle is tipped over in the middle of the night by your parent’s cat and the candle gets just too close to a curtain. After a minute the certain catches fire! The fire catches an old chair, which catches a bigger piece of furniture.

Fires start like this all the time. The problem is that fires are relatively quiet, which is why they created smoke alarms. However, when was the last time you checked your smoke alarms? I don’t remember when mine was last checked. For all I know the batteries could be out. Without a smoke detector a fire could become so large, so hot and with so much smoke before you even realize anything is going on.

The problem is that you’re trapped in the basement. There’s one window but it’s a tiny little basement window. There’s literally no physical way for you to get out through that window. 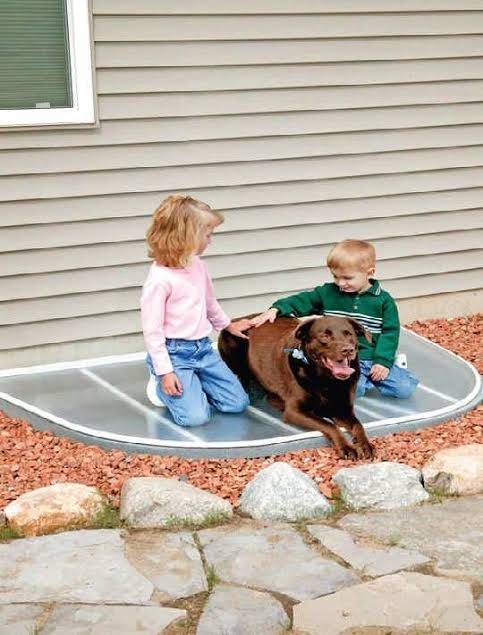 You could go upstairs, but you know that fire and deadly smoke await you on the other side of the door.

Many people around the world lose their lives each and every year because of this exact scenario, which is why building codes in the United States require home owners to have egress windows in basements when there is a bedroom in the basement.

Essentially an egress window gives you an easy out in case of an emergency.

Let’s say you are sound asleep and so is everyone in the house. You don’t smell the smoke, but your neighbors notice the flames and call the fire company. The fire company needs a way to access you, to wake you up, and to provide a rescue. This is another reason for an egress window.

Not only do you want out, but rescue personnel want in.

According to the IRC code this is the LAW! This is required under the following circumstances:

It’s very important to follow all laws and building codes. After all, a fire can spread rapidly through a persons home. Some experts say that in many situations a fire can spread so quickly that you only have 5 minutes or less to escape. This is not to scare you. This information is to provide you with knowledge so that you can take the proper precautions in your home.